We each have an inherent approach to money. Understanding yours can help you thrive.

Have you ever noticed what happens when you’re out to dinner with a big group of friends and the check drops on the table? People divide into “money types” right away: The “big spender” wrestles for the bill folder, wants to treat everyone and will a humongous tip. The “accountant” in the group needs an annotated statement of exactly what he or she ordered — plus his exact share of tax and tip — before offering any cash. The “peacemaker” just wants to split everything evenly and leave as quickly as possible.

These descriptions may just seem like nightcap banter, but financial therapist Lindsay Bryan-Podvin says understanding — and owning — the money archetype you most closely resemble can be a healthy way to get wise about how you handle all things finance.

When she was in grad school and making less money as a social worker than she’d earned previously as a waitress, Bryan-Podvin started reading personal finance books. She thought that many of the judgments found in those books were dogmatic and harsh. “If you have debt, you're bad,” she recalls. “If you can't pay your bills, you're lazy. You need to scrimp and save — that is the way to be good at money. While I found it to be somewhat helpful, just developing a framework around budgeting made me feel like garbage.”

So in her work with her clients, Bryan-Podvin instead promotes behavioral change around money using positive reinforcement — not by demonizing or penalizing people. Simple archetypes, she realized, can be used to show the pros and cons of differing approaches to money. She says that when clients learn there are lots of people who have a similar money management style to their own, they are more able to take in the advice and insights, hearing them more as a moment of self-actualization versus a list of personal shortcomings that need to be fixed.

Sounds like a fetching promise. So how do you find out your “money archetype”? Bryan-Podvin developed a quiz — which can be taken on her site Mind Money Balance — filled with multiple choice questions such as: What do you do when you’re due for a new cell phone — get the latest model or hold out as long as possible? When it comes to grocery shopping, do you stick to a list or buy just what’s on sale? Her categorizations are loosely based on the research of Dr. Sonia Britt and Brad Klontz; Bryan-Podvin adapted concepts from papers such as “Disordered Money Behaviors,” but removed many of the negative connotations and mixed in some of her own personal observations from her work with clients.

When people learn there are lots of people who have a similar money management style to their own, they are more able to take in the advice and insights, hearing them more as a moment of self-actualization versus a list of personal shortcomings that need to be fixed.

Bryan-Podvin isn’t the only advisor or therapist who categorizes people into money types. And self-actualization quizzes have their limitations — respondents often lean into answers they think are the right ones rather than answer honestly. So when Bryan-Podvin works with clients, she goes into more depth and refrains from being judgmental in hopes of encouraging authentic disclosure.

“I want my clients to see some benefits in the way they relate to money,” she says.

After you take the quiz, you’ll be assigned one of four types. Bryan-Podvin notes that some people may be a combination of two styles. (In her book, “The Financial Anxiety Solution,” she goes into more depth with questions and categories.)

Blissfully Ignorant: These people get the creeps just talking about money. Bryan-Podvin says a lot of people fall into this category because American society pushes the message that discussing money is taboo and impolite. When you’re Blissfully Ignorant, you tend to ignore your investments and bills and assume everything will eventually work out.

Byran-Podvin says in some marriages, women fall into the Blissfully Ignorant role with the expectation that their husbands will take care of the financial questions. As a result, one half of the partnership is left out of big decisions.

For these people, Bryan-Podvin helps set up a money-management system that’s almost on autopilot, with an automatic savings plan, investing schedule and even fun money transfers that don’t need to be approved. One of the reasons these people may avoid discussing money is that they consider it inherently bad (which is another message promoted by certain segments of American culture). To counter that attitude, she’ll work to shift them away from the idea that money is wrong, helping them to focus on the ways funds have helped improve their lives.

Money Admirer: Think of an entrepreneur who works so hard all of the time it’s almost like he or she is on a hamster wheel — going, going, going. These people tend to be Money Admirers — they earn a lot of money but also feel restless if they’re not working. Bryan-Podvin likes to ask these people why they feel like they should always be earning money. “Most of them will tell me ‘Because that's what I'm supposed to do.’”

Entrepreneurial people may also see working to be about more than just earning money: it’s also a way to display their leadership skills and be creative. “For them I'll say, ‘Okay, where can you find autonomy and creativity and fun outside of work or earning money?’ ” says Bryan-Podvin. “I’ll see if we can round out their interests so they’re not money-focused all the time.”

Doomsday Prepper: On paper, Doomsday Preppers are doing a lot of the things financial advisors tell them to do: they focus on saving money, get anxious buying expensive things and are terrified of seeing insufficient funds. People who grew up in the Depression era and recent immigrants both often fall in this category. “Historically, they have had a need to have money readily accessible as a way to feel safe,” says Bryan-Podvin. She also thinks that financial anxiety can get imprinted on one’s DNA and passed down genetically from generation to generation.

Therapy with Doomsday Preppers often involves getting into the nitty gritty about how much money they’ll need to feel comfortable. Will a four-month emergency fund be a good cushion? Are the retirement fund contributions they are making sufficient? Once those goals are set and satisfied, the next step is learning to enjoy the additional money — giving oneself permission to enjoy a dinner out, a massage or vacation without the worry that it’s too expensive or frivolous.

Free Spirit: These are people who get a rush from spending money and can be incredibly generous. When the waiter drops the check on the table, they pick it up. If there’s a dinner party, they bring a hostess gift. Not surprisingly, they can also link their worthiness to material possessions, and get caught up in the lure of status items. Bryan-Podvin often works with Free Spirits to show them that they can demonstrate their affection for friends and family without buying things.

Saving money can also be a drag for these types. As one Free Spirit told the therapist, saving money meant not being able to use it anymore — so it might as well not even be theirs anymore. “I had to help that client understand that you do get to use that money. It's still your money — it's just for later,” explains Bryan-Podvin.

How Archetypes Impact Relationships (and Finances)

If you’re thinking that diagnosing your money type will be about as helpful as knowing if you’re a Virgo or Aries, consider this: the framework can be very helpful when discussing money habits and money decisions with loved ones. Instead of telling a parent or child that they’re being a penny pincher or spendthrift, you can instead describe the archetype — and then no one feels like they’re being called out.

Many people figure they should have a partner who is the same archetype they are, says Bryan-Podvin. It’s easy to see that in a couple, you might think that if one person is a spender and the other is a saver that that tension would likely be the spark for a lot of arguments.

The challenges in relationships don’t stem from the money styles, she adds. The problems occur when one partner can’t recognize the validity of another point of view — and they see their own approach as the only reasonable course of action.

Using Archetypes to Chart a Path to Success

Once you understand the pros and cons of your money type, the areas you need to work on can become clearer. Bryan-Podvin estimates that 80 percent of her work with clients focuses on the emotional side of money: How does money make you feel? The other 20 percent is about building a system to organize spending and savings plans that works naturally with those beliefs.

“My approach is very much that nobody is bad with money — and the personal finance field has really demonized individuals as being bad at money,” says Bryan-Podvin. “My work aims to help people understand that they absolutely have the skills needed to have a healthy relationship with money.” 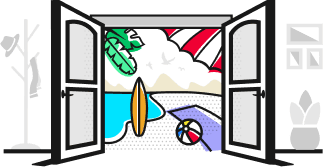